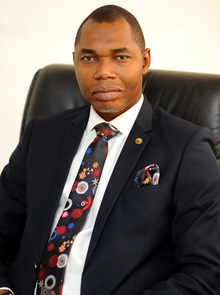 Mr. Ayetoro is a distinguished Public Relations practitioner who started his media/PR career as a reporter with the Champion Newspaper Limited in 1998 covering Aviation, Capital Market, Business and Economy beats.  He was later transfered to the State of Osun as the State’s Bureau Chief of the Newspaper before moving to Chestrad International as the Public Relations Executive.

He holds two Master degrees, one in Communication and Language Art (MCA) and another in Managerial Psychology (MSC), both from the University of Ibadan in 2002 and 2012 respectively. His professional membership cuts across various institutes such as the Nigerian Union of Journalists (NUJ), the Nigeria Institute of Public Relations (NIPR) and the Nigeria Institute of Management (NIM) and has attended numerous training courses both in Communication and Public Relations.

Mr. Ayetoro’s hobbies include photography and listening to good Music.  He is happily married and blessed with children.