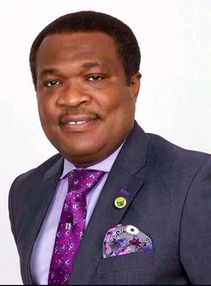 The six Shareholders States of Odu’a Investment Company Limited have approved the appointment of the Director representing Ogun State on the Board of the Company, Otunba Bimbo Ashiru, an Investment and Strategic Management expert as the Chairman of the Company. He succeeds Dr. Segun Aina, OFR whose tenure as Chairman has expired. Dr. Aina was Odu’a Chairman until June 22nd, 2022.

He graduated with a degree in Marketing, Purchasing & Supply, and holds a Masters’ Degree in Strategic Management. With this background, he entered the services of the then Chartered Bank in the year 1989. In a successful career that has spanned two decades and taken him to various institutions, he has served in various capacities of Management (Head, Private Banking Unit; Branch Manager; Head, Institution & Professional Banking; Regional Coordinator; Country Director, Personal and Business Banking; Director, Corporate Affairs and Corporate Social Investments; until his last position of Group Head, Public Sector with Stanbic IBTC Bank. He was the pioneer head of the department.

Under his stewardship, the business environment of the state developed beyond imagination with over 1, 279.84% increase in internally generated Revenue of the State. Over 300 factories/ companies established their presence in Ogun State with a cumulative investment profile of about N691.77 Billion in 2014, compared to N377 Billion in 2013. This placed Ogun State in first position in Nigeria, according to the Manufacturers Association of Nigeria. During his time, approximately 75% of Manufacturing Foreign Direct Investment into the country between 2011 – 2016 came into Ogun State.

Also, during his tenure, the World Bank Group, in its Doing Business in Nigeria 2014 Report, ranked Ogun State as one of the best five States in terms of ease of doing business against the 36th position in its 2010 report. He also facilitated the creation of a One-Stop-Shop Investment Center (OSSIC) which sits within the Ministry of Commerce & Industry to assist potential investors with procedures for investment and documentation processing.

Otunba Bimbola Ashiru is a man with a desire for developing the people around him, and this translated into his appointment as the representative of the Awujale of Ijebuland on the Ijebu Development Initiative on Poverty Reduction (IDIPR). He has distinguished himself in this field and represented his people favourably to the best of his ability. He was also on the Technical and Communications Committees of the 17th Nigerian Economic Summit (2011).

In recognition of his selfless service to society and having distinguished himself as a true son of Ijebu land and an astute banker of repute, Otunba Bimbola Ashiru was presented with the royal title of Otunba Adeona Fusigboye of Ijebu land in December 2006 by His Royal Majesty, The Awujale and Paramount Ruler of Ijebu Land, Oba (Dr.) Sikiru Kayode Adetona CFR.

He is a recipient of numerous awards which include the following:

Award of Honor for Outstanding Leadership – Manufacturers Association of Nigeria;

Otunba Bimbola Ashiru is happily married to Olukemi Ashiru, a lawyer, and they are blessed with two lovely children.