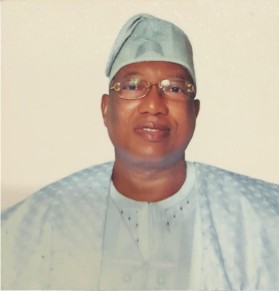 Dr. Tola Kasali is a director on the board of Odu’a Investment Company Limited. He is a dedicated and compassionate medical practitioner. He was the former Executive Chairman of Ibeju-Lekki Local Government Council, where he left an indelible record of achievements.

Dr. Tola Kasali was the Commissioner for Rural Development in Lagos State from 2003 to 2006, where he worked very hard to improve significantly the rural infrastructures in the State. He later became Honorable Commissioner for Health in 2006 before resigning his appointment to contest for the Governorship election of the state.