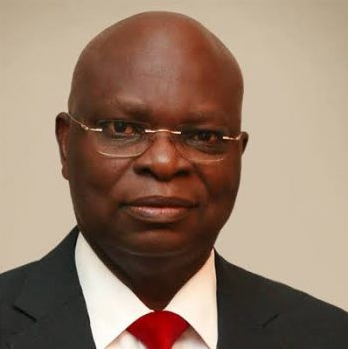 Dr. Segun Aina stepped down as Chairman of Odu’a Investment Company Limited on June 22nd 2022 after the expiration of his tenure. He is a global professional banking leader, internationally rated fintech ecosystem enabler and thought leader, transformation expert, chartered arbitrator, respected futurist and a philanthropist.

A banker by profession, Dr Aina is a graduate of Accounting from the University of Lagos, with a Master’s degree of Science in Banking and Finance from the University of Ibadan. His career in the banking industry began at UBA and progressed to Ecobank where he rose in 1994 to the position of Executive Director in charge of operations and technology. In that capacity, he led efforts within the Ecobank Group to create innovative tech-driven banking products and services.

He successfully drove the bank’s expansion plans in Nigeria, with concurrence responsibility for group training, operations and technology in the various countries where Ecobank existed.

Dr. Aina is currently Chairman of Global Banking Education Standards Board (GBEStB), President of both the Africa Fintech Network and the Fintech Association of Nigeria. He is also Chairman, Fintech Associates Limited which began operations in 2006 and Vice Chairman, Accion Microfinance Bank Limited, a leading microfinance bank with international affiliations. He was from 2012 to 2014, President of Chartered Institute of Bankers of Nigeria and before then President of West Africa Bankers Association (Nigeria Chapter) from 1999 to 2001. Dr Aina previous Board positions include Chairman, Kedari Capital Ltd, a SEC regulated financial services firm from 2008 to 2014 and also served as Director in FSDH, NIBSS, FITC, Capital Express Assurance Ltd as well as First Atlantic Bank, Ghana 2010 to 2013.

Dr. Aina is currently a member of the UK-Africa Fintech Investment Group, a DFID/UK Government initiative chaired by the UK Prime Minister Ambassador for Business Fintech. A tech visionary, he has been severally referred to as Fintech Grandmaster and Africa’s fintech envoy.

He was honoured by the Osun State Govt in 2005 and 2019 for his unique contributions to economic, social and community development, holds the Nigeria National Honors of Officer of the Order of Federal Republic (OFR) awarded in 2010 and has received honorary doctorate degrees from three Universities in 2013, 2016 and 2018.

Dr. Aina’s passion for education is not limited to his professional world. The Segun Aina Foundation (SAF) which he set up in 1995 has supported the brilliant, but financially-challenged with scholarships, mentoring, skill-enhancing training and leadership programmes for over two decades. The Foundation has also instituted Endowments and Prize Awards in several tertiary institutions. In addition, Dr Aina was member of the pioneer Advancement Board of Obafemi Awolowo University Ile Ife from 2006 to 2012 and currently serving as Chairman of Advancement Board of Federal University of Technology FUTA Akure, Member, University of Ibadan Research Foundation and Member Osun State University Advancement Board.

He was a member of the National Conference for the People of Nigeria made up of 492 eminent Nigerians in diverse fields from March to August 2014 and served as the coordinator of the Professional Services Group and Chairman of Sub-Committee of the Committee on Economy at the 5-months conference.