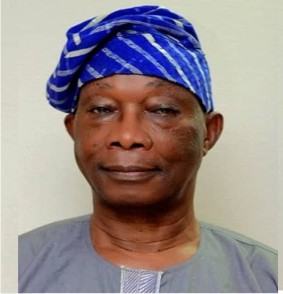 Chief Segun Ojo, a director on the board of Odu’a Investment Company Limited is a thorough bred civil servant and a very resourceful administrator per excellence. He holds a Master’s Degree in Economics and Statistics; and he is a fellow of the Institute of Statistician, England. He was the Ondo State Commissioner for Finance, Economic Planning and Budget under the Chief Adebayo Adefarati administration (1999 – 2003).

He was the brain behind the establishment of Ondo State Oil Producing Area Development Commission (OSOPADEC) which other states of the Delta region later adopted; it was designed to address the prevalent under development of the riverine areas.

The dynamism he brought to the state’s finance administration during his tenure earned him a lot of commendation while the state’s Internally Generated Revenue (IGR) improved significantly with all forms of leakages in the financial system blocked. He brought transparency and accountability to bear in the management of the state public finance and till date, the legacy he left behind is still being cherished.

A political columnist at the Nigerian Tribune under the pen name “Victor Moore” Chief Ojo is a proud author of five different textbooks.

As a civil servant, he was a very dutiful, diligent and disciplined administrator. He was at the headship of the Statistics Department before he retired from the civil service in 1985, to start a publishing business “The Sotas Publications”.

Chief Ojo is familiar with the Odu’a terrain as he has served in various capacities one time or the other on the Boards of Nigeria General Insurance Limited, Nigerite Limited, Lagos Airport Hotel and also served as Chairman, Odua Investment Company Limited from April 2017 to Dec 2017.